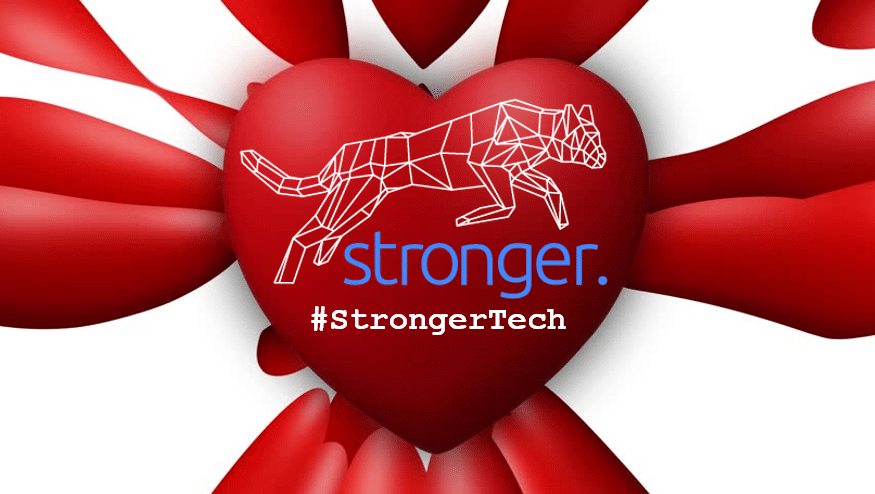 5 Things To Love About Your IT Staff

It’s the month of February; the month of love and valentines.  And while you’re thinking about what you’re going to do with your sweetheart – take some time to think about another hardworking professional in your life. Here are 5 reasons to give your IT staff a little love this February.

#1: IT staff are working hard for you

Many organizations have experienced the agony of not being able to contact their IT professional.  It’s true, IT professionals can sometimes be impossible to track down.  But think of it this way – unlike some other employees, it’s not because they are hanging around the water cooler all day.  Not, usually anyway.

IT professionals are in chronic short supply right now in the United States – 40% shy of the demand, in fact, according to the World Economic Forum, 2017.

You may have a hard time getting hold of the IT staff, but you can be pretty sure that they’re working.  They have to be, to keep things running while chronically short-staffed.

#2: IT staff have skills

Yes, your IT professional can sometimes be a little impatient, but they have skills that keep your organization running.  That doesn’t mean that they know everything. Running a bunch of applications, servers, or computers is kind of like running the United Nations, not everybody is speaking the same language or cooperating with each other.

Your IT professional may not have an intimate knowledge of every application and system, but she’s familiar enough, with enough systems, that she can generally either work it out or hand you over to someone who can. It’s similar to a person being proficient in Spanish, and being able to get the gist of Italian because they are both Romance languages, but having to hand you over to someone else to be proficient in Russian.

Try not to be impatient.  It’s not that she doesn’t have skills, it may simply be that she’s trying to translate Uto-Aztecan into Swahili.  They don’t have a lot of manuals for that . . .

#3: IT staff help you get things done

Let’s face it – the reason that you get so upset when your IT person is gone or out with the flu, is because the systems and computers they maintain help you get things done.

Technology is a wonderful tool.  The National Academies press states that starting “In the mid-1990s, the rate of productivity growth increased significantly in the United States, led by the IT-producing sectors as well as IT-using sectors, a change attributed in part to improvements in the nature and use of IT.”

Yes, your IT professional helps make your day more productive. They are working hard to keep those systems running so that you can have your most productive day ever.

#4: IT staff think about you, a great deal

It might take the IT staff a while to get back to you. As a result, may think that your IT department is not thinking of you at all.

Rest assured, your IT Professional is thinking about you a great deal.

You are constantly on their mind.

#5: Be thankful you have an IT staff or professional to call on

With a dearth of IT professionals and rising costs of doing business, many companies used managed services or are considering outsourcing their IT.

There are many advantages to outsourcing your IT, but there are notable disadvantages as well.  Loss of managerial control and third-party cybersecurity threats are significant factors when you outsource your IT staff.

Often, however, what people miss most, is the ability to have someone, however late, or grumpy, come to their office and take care of that problem that has you tearing your hair out.  A voice over the phone just can’t do that.

So, there are many things to love about your IT Staff.  Take the time and maybe put them on your Valentine list this year.